Science and Practice of Life Transformation DaimokuPower for Activating the Unlimited Cosmic Source of Happiness and Abundance! 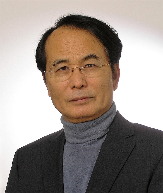 PhD in Philosophy and post-doc qualification for professorship (Habilitation) in the subjects of Japanese Buddhism and Comparative Religions.

After receiving his post-doc qualification he was active as a lecturer at Heidelberg University on the subjects of Japanese Buddhism and Comparative Religions from 2001-2014.

Dr. Matsudo has been practicing Nichiren Buddhism intensively since 1976 and was a top leader of SGI Germany at a federal level until 2001. He has supported many practitioners in their practice. This way he could also gain many concrete and important experience.

SGI-President Ikeda asked him personally to found and run as Director of Research the European Centre of the Institute of Oriental Philosophy (IOP) in Taplow Court, UK. In this period from 1990-2000, based on the modern, humanistic and open-minded approach of Daisaku Ikeda, he developed an innovative understanding of Nichiren Buddhist teachings and published a number of books and articles in Japanese, German and English.

Today, Dr. Yukio Matsudo is an expert of Nichiren Buddhist Studies and is also active in a research group in Japan, in which prominent scholars are represented from all main denominations of Nichiren schools including Soka Gakkai (IOP).

He is promoting together with his wife an ecumentical movement of all Nichiren Buddhists beyond their doctrinal and organizational differences in order to work together for kosen-rufu in itai-doshin.

Besides his academic career he has also been working as sales and general manager and as business consultant in commerce and industry. 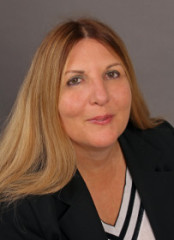 Dr. Matsudo-Kiliani has been practicing Nichiren Buddhism since 1998 and has experienced many beneficial transformations in her life, which still continue. As a passionate practitioner she has been engaged in building a bridge between Buddhist practice and the modern sciences that are now integrating energy and consciousness.

2014-2017 Being a member of the council of the German Buddhist Union (DBU e.V.), she also acted as "representative for interreligious dialogue" at a federal level for a better mutual understanding among different religions.

We are an independent research institute

a bridge between the wisdom of Nichiren Buddhism and 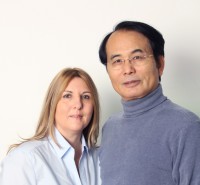